In 2014 HD Voice is reviewed by Tweakers, now 3 years later I got the right equipment to finally be able to set it up. HD Voice is enabled via calling over 4G. HD Voice over 4G is supplied by various providers in the Netherlands. They tested for years, in late 2016 GSMHelpdesk reported that calling over 4G was stil almost impossible. I always found it very strange and I have looked into the matter. In this blog I tell you what my experiences and questions are.

Phones need to support the AMR Wideband codec (23.85 kbs G.722.2) instead of the 13kbps GSM codec. Technically, my trusty old Nokia E72 supported this already, but it was disabled by Nokia. Further technical specs in this slideshare. HD Voice most of the time goes over 3G. However, when I tried to activate it on my new phone, it only worked over 4G not on 3G.
A small HD icon is shown. For this feature I forced the phone onto 4G LTE, since otherwise it may fallback to 3G. When “calling over 4G” is disabled in the phone menus, the call cannot continue and is dropped on forced 4G mode. Therefore the provider always suggests to set 4G/3G/2G mode as there is a fallback in bad network reception.

A lot is still unclear: 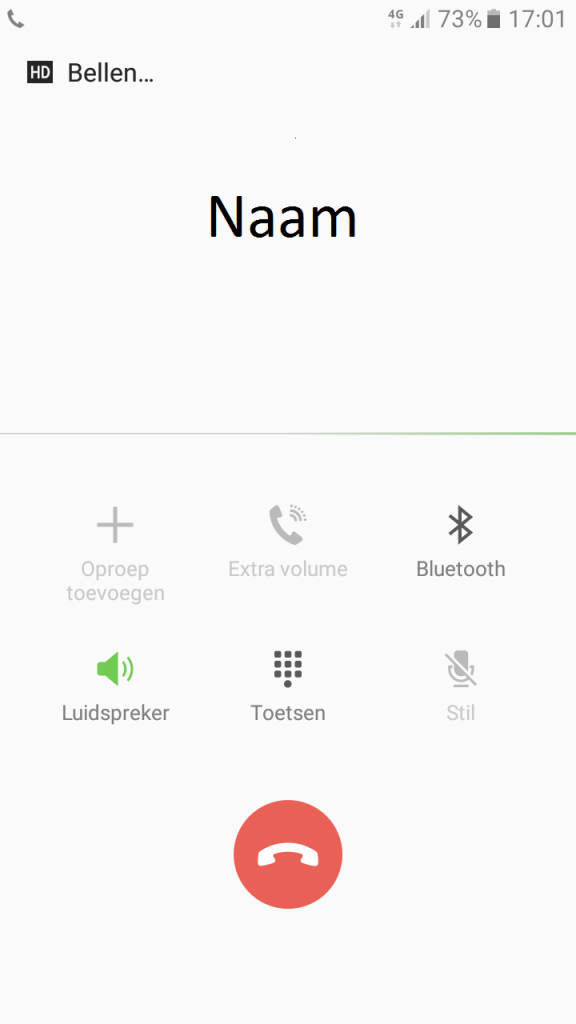 Calling over 4G (Voice over LTE) is quite a big thing. It is been anticipated for quite some years. We all remember the New Years Evenings when the phone lines were totally blocked, sms messages did not came through and nobody could be contacted. With 4G, there should be so much bandwith that this should not be the case. 4G calling should furthermore have (over the lower frequencies such as 900mhz) better reception indoors. However, it is unclear:

A provider could say: we need special firmware for this phone, and only phones with a CSC of us (a branded phone) will work. However, iPhones have external provider settings that can be loaded. On Android phones (such as mine) it was unclear if it would work as it is an unbranded phone. In my opinion it should work on unbranded phones as there is no clear explanation why it works on some unbranded phones already. I may think this is a marketing tool to sell more phones with added features.

If connection is really hard to set up calling over Wifi can be enabled in newer phones.
The phone uses the active wifi connection to act as a amplifier to set up the connection. Unclear is what exactly is transmitted over the wifi connection. Some sources also call this VoWiFi.
For now, it’s best not to use this in public places. Calling over wifi can be marked in the menu, it requires one more step that is easy to miss, tap again on the option and select “prefer wifi over network”. Then the following icon is seen. It is however unclear: 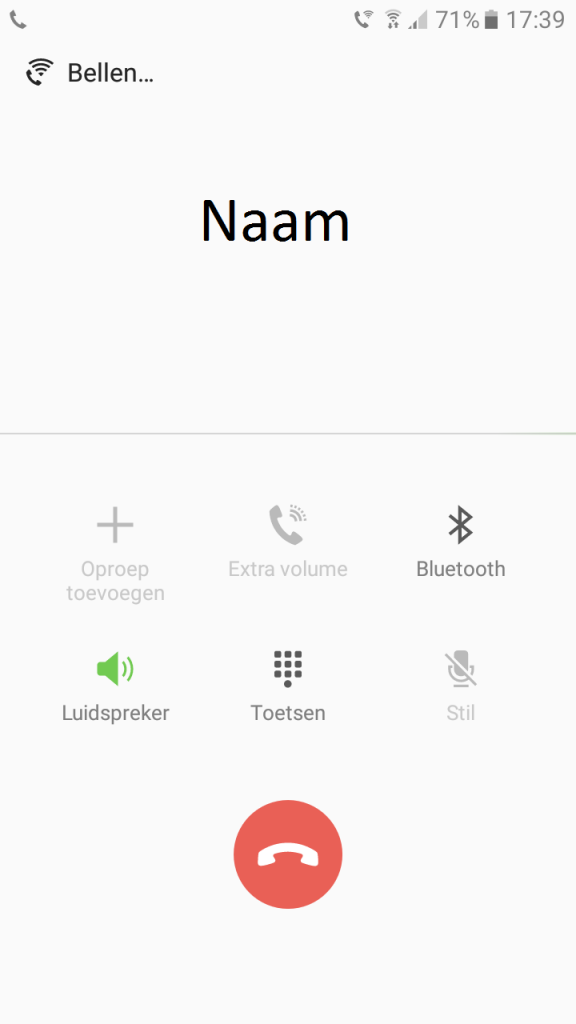 Calling over wifi might need the same CSC adaptation as providers like to have their own hardware on their own networks. It’s quite weird and every phone should be able to use the wifi connection as in the end you pay for the minutes that you call. I hope that providers issue an update for phones from previous years that enable these features. Since my phone is one of the first (outside of an iPhone) that allows unbranded calling over 4G and wifi. You can flash a csc from a provider, but that’s on your own risk as you might loose warranty.

It is also a possibility that several firmware options could be controlled by the SIM card used. The newer simcards with NFC included are standard now and have some software controlling options such as “optional software” which cannot be disabled unfortunately. We don’t know what software providers can install on our phones and we don’t know which processes in the Android taskmanager are responsible for what. There are furthermore no batterlife tests as the big GSM review sites only test calling over 2G/3G and not specially HD calling over 4G or Wifi.